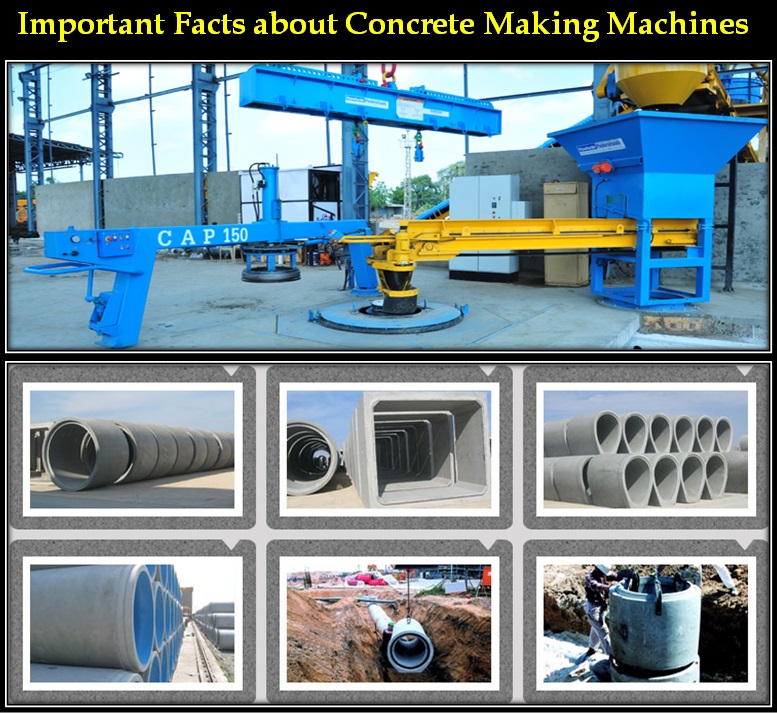 There has been a constant demand for the pipe making machines in different countries. The use of the concrete pipes continues to account for over half of all the linear pipe footage due to material advantages such as structural integrity, durability and the high compression and pressure resistance.

The demand in this country is easily off set by the Indian production level. Technological advancements have led to changes in the shapes and design of machinery to achieve greater output by manufacturing more pieces per hour. Like the other major countries, the main users are sewer lines, drainage and other sanitary disposal channels.

In the country of Vietnam, supply of concrete pipes manufactured using the Hume pipe making machine is done almost exclusively by external suppliers mostly from the Indian sub continent. The pressure concrete pipes with diameter over 1200 mm are mostly imported. The demand is expected to continue into the near future.

Research done in developed countries such as the United States also show an average increase in demand at a rate of 1.3 % per annum. The quality of the final concrete pipes has also been a important factor promoting the demand of the concrete making machines.